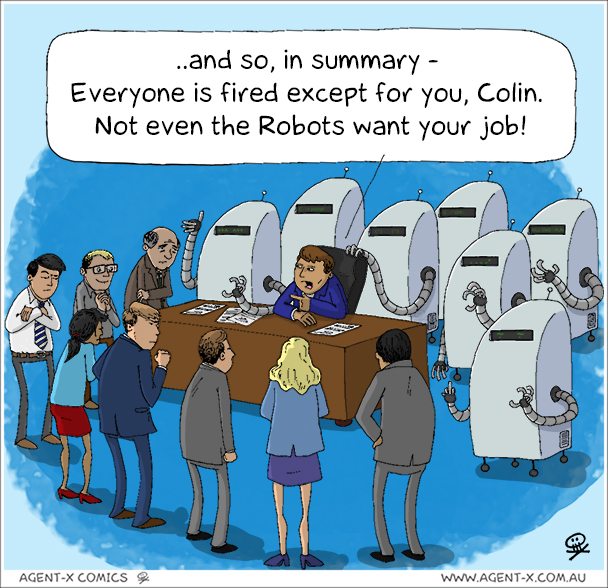 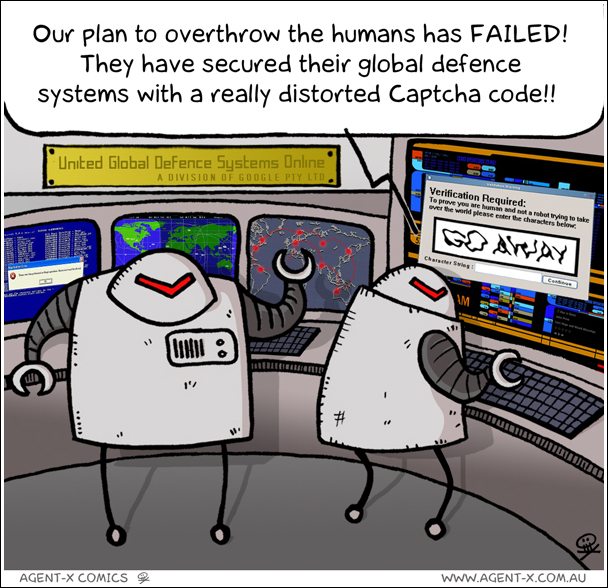 The plan to overthrow humanity has been stopped!

Take note readers – if you want to secure against future attack by robots, just add a Captcha code to everything and you will be safe.

Robots cannot read captchas. In fact, that is why they were invented.
A CAPTCHA is a program that can generate and grade tests that humans can pass but current computer programs (robots) cannot pass.

Captchas work by obscuring password character strings by distorting them or adding background interference so that automated programs cannot “see” them.
In fact they work so well that around 30% of them are unreadable by humans as well.
Now, you don’t get much safer than that!

I want to give a special mention here to one of my twitter friends and fellow SPGCC (Single Panel Gag Comic Creator) – Lonnie Easterling.

Lonnie creates ‘Spud Comics‘ and pumps them out 6 days-a-week.
(I am totally jealous of this, as I wish I had the time to do my comics as regularly).
This week, Spud comics had it’s one year anniversary! Check out the celebration comic of this, here.

I just want to say CONGRATULATIONS to Lonnie. I wish you all the best and I am glad to have found a fellow SPGCC out there in cyberspace, which is done by a guy that really enjoys the art of creating comics.