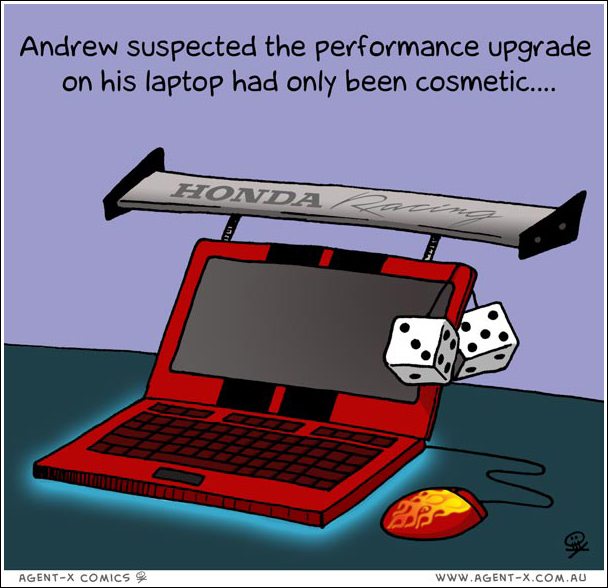 This may be the ultimate petrol head’s laptop.

It is the kind of thing you would see if Vin Diesel’s Fast and Furious character Dominic Toretto fixed computers.

But it is all a facade, like so many other things these days.
For example, I was researching a seminar I had considered going to. I like to check out the speakers to see if they actually have the goods and are worth paying to see.
I found one particular session that I was keen on, but it was being presented by a speaker I had never heard of.

A few minutes research on google, twitter, facebook, LinkedIn, etc (gotta love the internet for the research capabilities it offers) and I had found out all I needed to know.

Needless to say, I quickly lost interest in the session and the seminar.

Unfortunately these days, many people with not real knowledge can make themselves appear successful and will simply regurgitate others information to appear knowledge.
There is a saying that “on the internet, perception is reality”.  This is true.

Cheaters never win, they say. I hope this remains true in the glorious technological future.