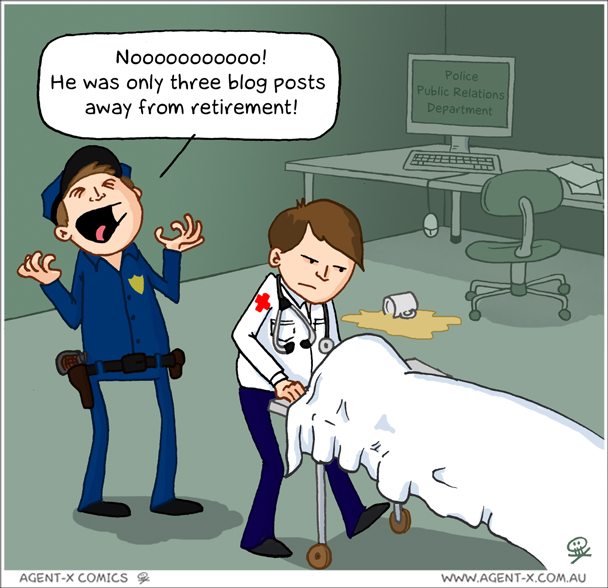 This is a pretty common plot device in movies and on TV, but one that most people do not know the term for.
You see it a lot in police dramas, when a (usually fairly unknown) character gets killed a few days before they are due to retire from the force.
Anybody in a dangerous job who’s only a few days away from retirement or flying one last mission before going home, is absolutely doomed to death by Retirony. This then gives the star/s of the movie a reason to go after the perpetrator of this evil deed, normally blowing up half a city and causing millions of dollars of collateral damage along the way.

Examples of retirony in movies and TV are:

– We Were Soldiers
A soldier announces that his wife is due to give birth that day, then gets killed by napalm

– M.A.S.H
Col. Henry Blake was sent home from the Korean War by plane, which crashes on the way home

– CSI: Miami
Horatio warns Speedle his motorbike may kill him soon. Speedle ignores this and two minutes later he is dead.

It is such a well used plot device, that it is often parodied.
Possibly none do it better than this trailer for the Mcbain movie, which Homer watches when in a video store:

Many other Simpsons episodes also parody ‘retirony’. (refer to the list of other retirony references here)

This even happens in real life. Imagine being the last man shot in World war two
Even worse, getting killed at your retirement party by your co-workers.
And for some related trivia to end on – Charles Schultz died the day before the last Peanuts comic strip was published