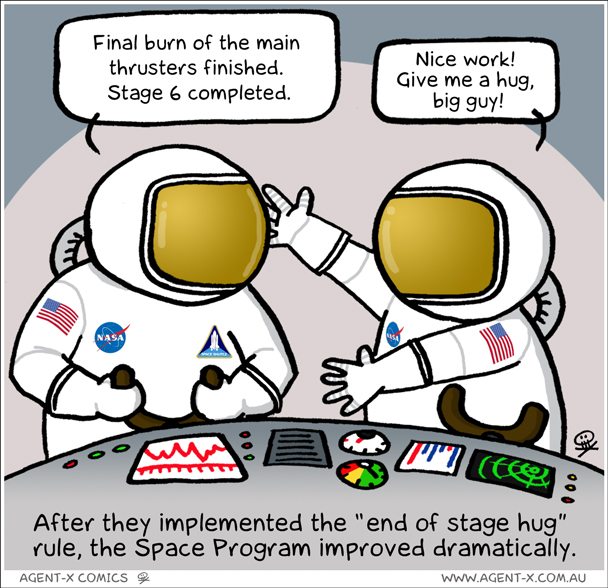 A hug can be the best motivational tool ever.

In this modern world, where connectivity options are more abundant than they have ever been before, it amazes me how alone we can still become.
People can actually became more isolated from society by utilising social networking, blogging tools and mobile communication apps.

I fear that Sci-Fi may actually be correctly predicting a future in which humanity operates and interacts totally via virtual, computer enhanced means. An environment where Virtual Reality is the only reality we know.
(think eXistenZ, The Matrix or MindWarp)

To combat this is a very simple thing – We just need to keep up human contact and not be so scared of it.

Yes, it is true these days that you need verbal and written permission, 3 forms of ID and an officially approved government licence to Hug a stranger, but so what?

Give it a go.
Hug someone and see what happens.
If nothing else, you and the other person will not be alone for a moment.