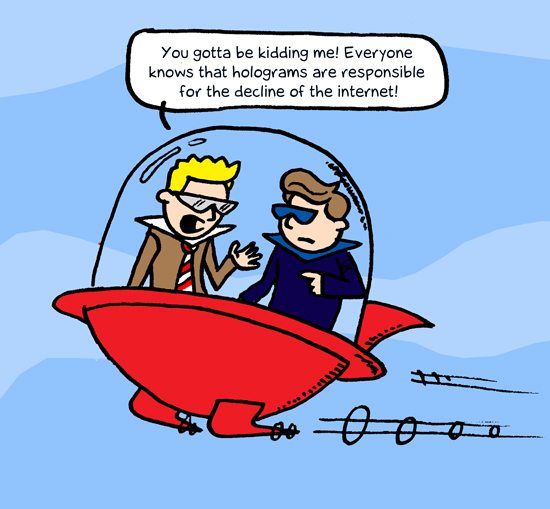 Very recently, I was lucky enough to be able to have lunch with Larry Katzman.
Larry (or as he is known professionally – “Kaz”) is the world’s leading cartoonist of medical humor. His Nurse Nellie cartoons have appeared in newspapers and magazines in 21 countries and were awarded the highest prize in international cartooning at the 19th International Salon of Humor in Bordighera, Italy. His book collections have sold over three million copies.

Kaz was active during the “golden age” of cartoonists when they were able to live pretty much a Rockstar life selling cartoons to publications such as the New Yorker. During this era, he was hanging out with other cartoonists such as Mort Walker, Milton Caniff, Will Eisner and Peter Arno.

Among the many interesting stories he told during lunch, one thing he said really caught me.
Kaz was talking about the gradual decline of the glory days of cartooning. He told how at first, gag cartoons would earn their creators the equivalent of around $100 per comic. (About $800 per comic in today’s terms). Soon, though, the magazines that were buying the cartoons started to reduce page count and began folding.

The reason for this was blamed on the Television being invented & eventually being available in every home.
The magazine, which was once a main source of information & entertainment, was neglected and languished in an unread pile, as the household began to instead crowd around a screen to get their information updates.
Soon, subscription rates and reader numbers declined and advertising revenue was diverted to the new media of Television.
This then forced magazines to close their doors as they became unsustainable.

Does any of that sound familiar?
When I heard it, I though immediately of the present situation that book stores and newspapers are going through.
They have been trumped by the ‘new media’ of the online platforms and have found themselves in hard times.
The situation is a direct copy of the one faced by magazines during the 50’s.

And I am sure the cycle will not stop there. At some point in the near future, even online media will face a decline in usage, as a new ‘new media’ presents itself and takes hold. And the media platform that replaces it will be blamed for the death of online.
It is just a matter of time, so rather than complain about it and try to claw people back to an ‘older’ media, businesses should spend some time to stop and look at new media platforms. Spend more than a week trying to understand  them, and begin looking to see how they can expand what they offer to keep consumers as they begin the slow transition across.

This has been another “agent-x”atorial