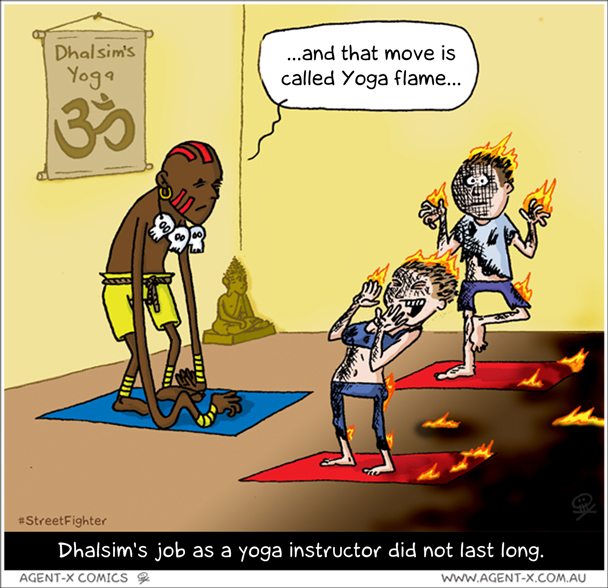 Depending on your age, you might have no idea what who the main character in this comic is.
And unless Street fighter is suddenly re-released as a Minecraft or Grand Theft Auto mod, it just won’t be super-cool with the new generation of gamers.

But if you know who Dhalsim is, then feel free to sit smugly back in the knowledge that you get the joke and the Gen-Yers don’t 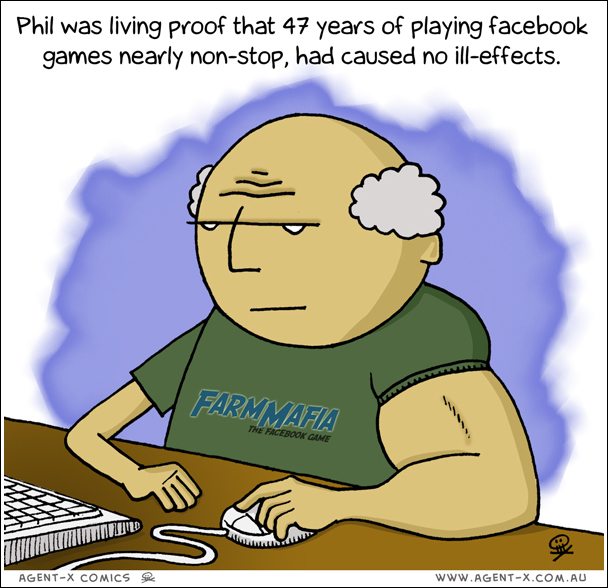 One day, playing all those stupid games on facebook will catch up with you.

Let me get this out in the open – I really really hate those games on facebook.
Not the games themselves though.

I hate that even though I am not playing them, I still have to interact with them.
They force me to filter their information feeds, spend time ignoring or blocking requests to play them or writing messages to friends, asking them to stop telling me about their latest win in “BejewelFarmMafia poker”, or whatever.

And people already get obsessed with Facebook & other social media, so giving them a new addiction is not on, in my book.

It is all just so damn annoying.

Anway, that’s all I want to say on the matter.

So, feel free to leave a comment and vent your rage if you agree with what I am saying here.
(And no, I will not join your mob, guild or crew.)