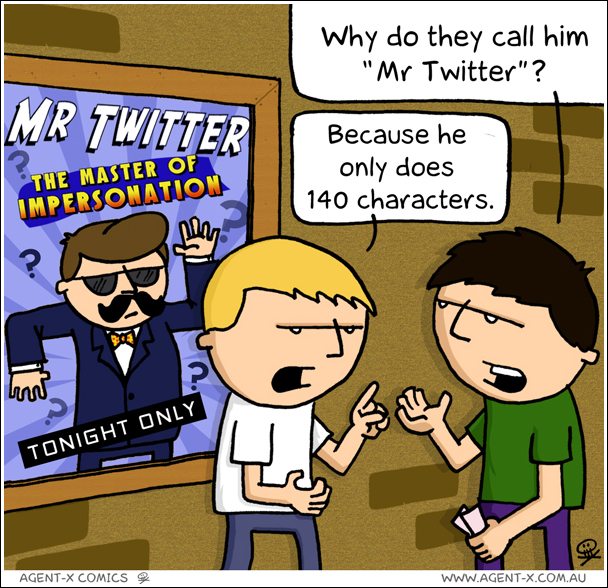 When I thought up this comic, I checked to see if it had been done before.
As far as I have been able to tell, this piece of absolute comedy gold has not been used before! Amazing!
It is such as easy joke to make, that it makes me wonder why it has not been done before?

My theory on this is that all the funny people out there (you know, the ones who are super ultra cool & really “get” twitter) are busy making hilarious new words with a “TW” at the front of it.
For example:
– twalking: walking while twittering via text
– twake-up: tweeting as soon as you wake up in the morning, mostly before performing any other morning ritual
– twelp: asking for help
– twerfew: a self-imposed time of night after which no more tweets are allowed
– tweetypo: a typo in a tweet
– twleep: state resembling sleep

My issue with these kinds of terms is threefold.

So, I hope my little rant has got you thinking.
Now can we move on and please stop regurgitating things tat were never really funny to begin with?
Please?