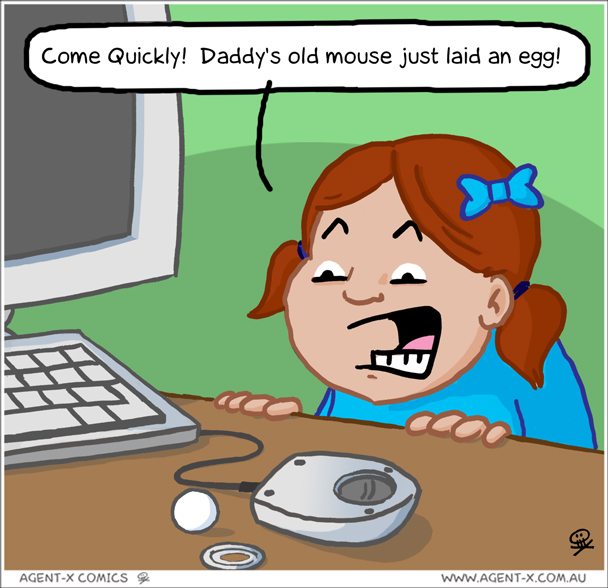 There are some things that our kids will have no idea about.

This comic is a good example of this. There will be people who read this, who will not immediately know what it is about.
They never knew the simple pleasure of needing to pop the ball out of your mouse to clean it, and improve your computing experience.

Of course, this is not the only example of this. The speed at which technology moves means that many ‘modern improvements’ are just considered as the way things work, by younger generations.
The old “cassette and pencil” combination is already beyond many people.
Another old habit that kids see these days, and laugh at, is the “blow the cartridge” technique. (This still works well on so many things, by the way)

I am almost embarrassed to tell my children that in originally, to play the classic “Frogger” game at home, I used one of these in order to run this.

But, of course, until it is released as an online MMORPG with a 3D film adaptation and erchandising, my kids won’t know what FROGGER is anyway…