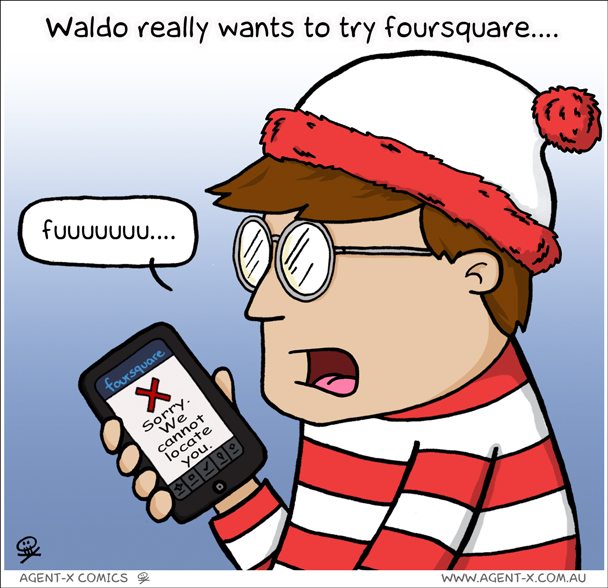 Not everything fits with these modern trends.

Location apps are so popular right now, that sometimes it is really scary to think about.
People willingly advertise where they are and then, of course, some opportunistic wierdos use that info to stalk them and generally be douches.

There are reports being posted all the time, about people being harrassed, attacked or robbed, due to the fact that they have told the world where they are.
It already has it’s own special terminology too. FOURSTALKING.
Have a read of this article, (Fourscared and Fourscammed) which relates some alarming stories of Fourstalking.

For many people, it seems that simply using common sense is an impossibility, when telling the entire planet what you are doing and where you are going.
My favourites are those users that add their own houses to Foursquare. If I were criminally minded, I would know exactly when to rob your house, because you tell me when you are not home. Brilliant!

Perhaps the only way to sort things out is to make the Foursquare Cops a reality?
I wonder how long it will be until we have legal legislation against certain online location based activites.
Maybe not soon enough…..

Whoa! A very strange and totally coincidental occurrence has just……um…occurred.

As I am posting this comic, I took a look at the very latest “My Cardboard Life” strip, which is created by the talented Philippa Rice.
(Also known as @thejuzzard on twitter).
With absolutely no prior knowledge of my comic subject, she has just posted a strip which also has WALDO! Check it out here

Seriously, how weird is that?