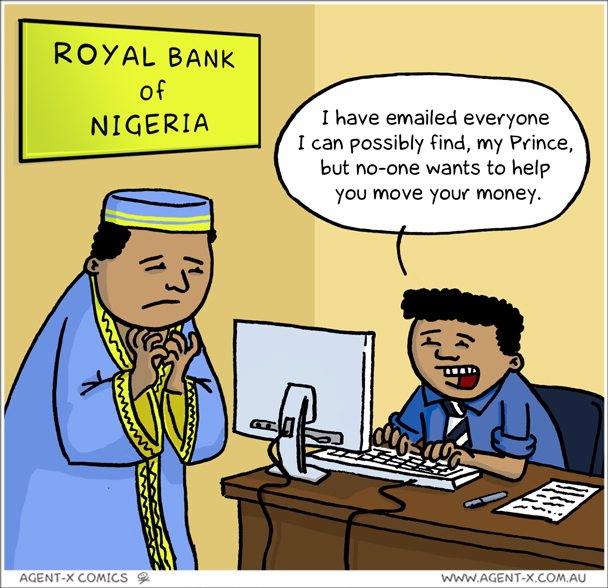 And if you are a victim of one of these scams, next time send the money my way. I’ll at least send you a thank you note.

[…] Nigerian prince scam has gotten to be the poster hoax of the chain letters, full of memes…  And comics about the scam.  You’d think that at this point there isn’t even a real prince in Nigera that can […]

I publish a middle school newspaper in Virginia, USA, and my student has asked if he can use this to illustrate his story on internet scams. I told him we need to get your permission first. We have no budget and don’t sell advertising or make any money on the newspaper, so I am hoping that you will allow us to use it for free. We will happily post your web site so people can come check out your work.