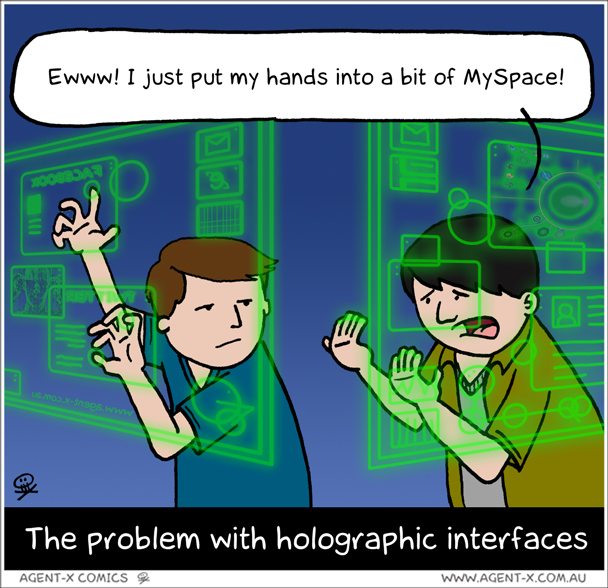 In the future, you will be able to touch the internet directly.

As technology advances, we seek new and better ways to interact with computers and data.
The earliest method  of interaction with computers was the mouse, and this is still the most popular way of working with a computer to this day.

But the “latest and greatest” method is via a touch screen. Users are able to almost touch the data that they want to interact with.
But soon, even this will be outdated.

The next stage is touted to be a fully immersive experience, such as virtual reality, or via holographic displays,such as those seen in movies like “The Minority Report”. Which, you have to admit, is pretty cool.

If the fun of a touch screen experience shows us anything, it is that being able to massage your data by actually sticking your fingers in, is going to be pretty fantastic. but only as long as the experience goes one way.

It’s true! Of *all* the dark and sordid places on the internet, ‘My Space’ is still one you don’t want on your hands. ^__^