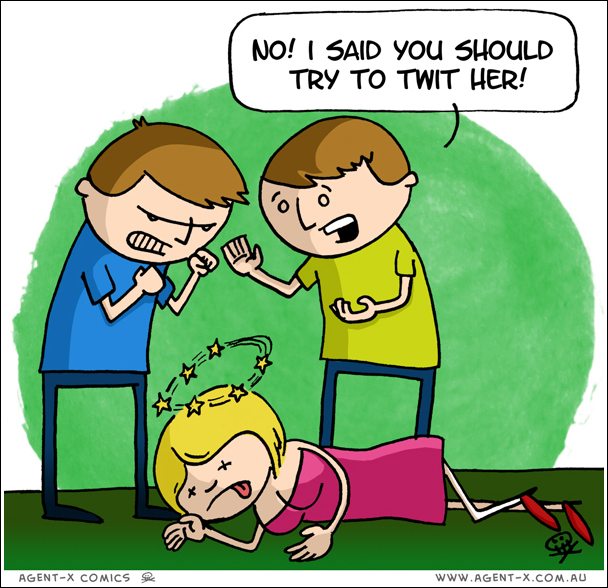 It happens when one side doesn’t communicate enough information to us, or we misinterpret the real meaning of their words.
This is a becoming a common problem now-a-days because social networking relys so heavily on type-based communication which is ‘asynchronous communication’, meaning that people do not communicate in real time.
Type-based communication does not allow for an immediate feedback response, so our minds have to interpret what the other person is saying based upon their typed words alone.

The delay in response, as well as other factors such as spelling and incorrect use of grammar or punctuation, can greatly increase the chances of miscommunication.
Not to mention that tools such as twitter, plurk & facebook require users to be succinct in what they type. This can suck out any intended meaning or remove other context that will clarify what is meant.

I have been victim to both misinterpreting what was typed & the context in which it was intended, as well as having others read a totally different meaning into what I had posted.
I am sure I am not alone in this.

It’s sad when you post something that is misunderstood as NOT being sarcastic when it was. You get busy and come back 2 days later to try and put out the firestorm it caused.

I mainly have the issue of spelling something wrong and they everyone thinks you are a complete duck.

Really Bearman? So you WERE being sarcastic…you bastard! Hmm, that’s worth a de-friending right there! 🙂

Don’t worry about him. I’ll be your friend.
All I need is 3 forms of ID and your bank account details.

Don’t worry.
The bank details are not for me.
They are to help my other friend, who is a poor, hard-done by nigerian ex-president…..

Not to worry Scotty boy, I am already sending money to my Nigerian friends I found on Facebook. Poor things, imagine having your wallet stolen while visiting your sick Aunt and not having a cent to pay for her medicine. Geez, some people are so unlucky. They said when they get their insurance money they will pay me back. Gosh they are nice!