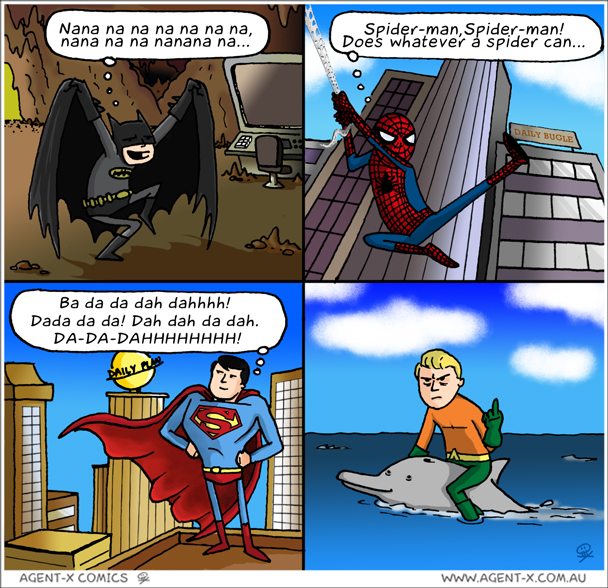 Aquaman is often called the worst, or most useless, of all the mainstream superheroes.
He is the butt of many jokes in TV Shows & an comic books.
Even the Batman: The Brave & The Bold animated series portrays him as an arrogant buffoon.

I think a big part of the problem is that his PR person went against the idea of creating a theme song for him.
I can see why though. I mean, have you ever tried singing underwater?