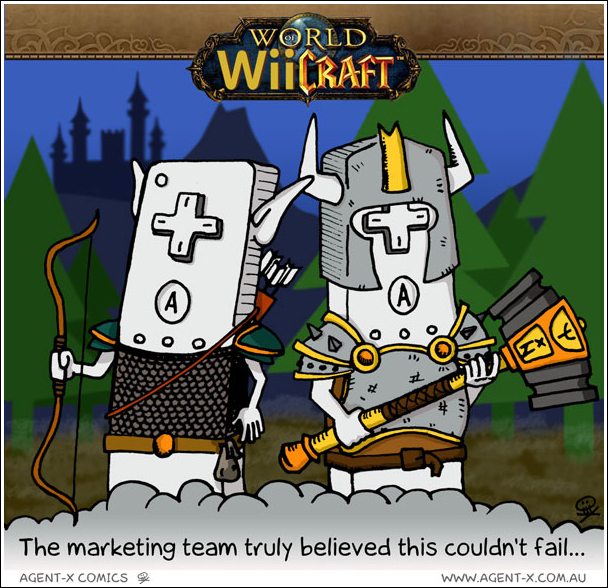 When World Of Warcraft & Nintendo join forces, it can only end badly.

The collaboration shown in my comic has not happened, of course – but if it did, it would be sure to fail miserably.
I think that trying to have the Wii users and WOW users work togethor on a common platform would be harder to orchestrate than world peace.

Unfortunately, this collaboration could well be something that is on a gaming marketing executive’s “brainstorm” list somewhere.

Lets face it, worse ideas have been pitched by marketers of games – and some have actually been followed up on!

There are also too many examples of cross-promotional merchandise that marketers have pushed onto the consumer public.
Check out these 6 Crappy Items Marketed Towards Gamers, such as :

Crosspromotion and co-branding is a way of life in marketing and many online games (I am looking at you, Second Life) even include branding opportunities within them.

This can sometimes be very successful.
But in my view, even when they succeed, it still feels like a sell-out.