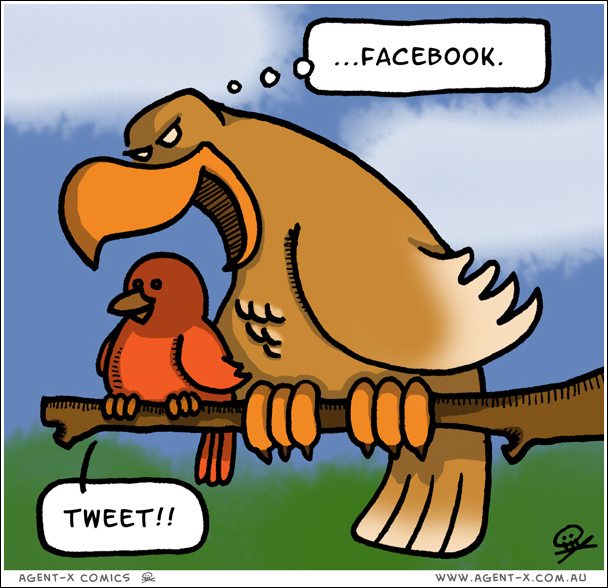 This comic was inspired by a blog post that landed in my feeds the other day, titled “Facebook Working on New Twitter Integration?“. [read original post here]   This immediately  brought to mind an image of a giant facebook creature eagerly eyeing off poor little twitter.
Hence, the comic you now see before you.

You can’t really blame facebook though. They are just trying to stay viable to the massive user base they have already built up.Many users made the switch to twitter and now use it exclusively, or in conjunction with facebook.
All FB want to do is make it so that they can offer users the option to do  everything from within their dominion, while still maintaining links to outside popular social networking tools.

Is this greedy? I think so.

Is this smart? Yes, I believe it is.

In my opinion, if they really want to get tweeps to return to using FB, they need to do one very simple little thing….
…Allow us to TURN OFF ALL QUIZZES & INVITES TO QUIZZES COMPLETELY & UTTERLY.