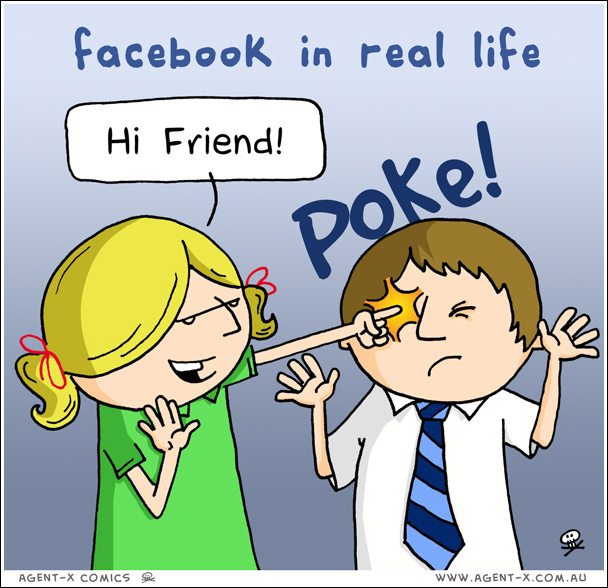 Obviously, a lot of what you do online happens in a virtual space only. However, social media has interactions with real people and real lives, which is why it is so popular.
Interactions, comments and relationships that occur in the virtual arena can easily crossover to your real life and influence it.

For many people, the relationships they create & maintain online via social media networking, actually is a real life interaction as well – even if they have never met the person at the other end of the click.
Their online networking is just an extension of how they connect to people.

Everyone has heard stories of people meeting online and marrying, or having a relationship that destroys their real-life relationship.
Also on the rise, are the stories of people adding comments to sites which are then unintentionally found by the subject of the comment. Mostly, these interactions do not end well.

Modern social networkers can actually sometimes have an inability to distinguish between the online and offline worlds.
This can lead to some disturbing results, but at the same time, may lead to amazing groundbreaking discoveries or ideas.

But overall, I find that the things we do to friends online would normally have us arrested if we tried it in real life!
Go on – test my theory.
Go and steal your neighbours cow and see what happens…….

I stole my neighbors cow but now have returned it b/c he said I had to clean up after it now.

I feel the days of there being a clear distinction between IRL and online have long gone. I use Twitter to expand my social circle, and have travelled all over the US staying in the homes of people I had only ever interacted with online previously. These are people I consider my dear friends.

And I’d love to be poked by a few of my online friends… wwwoooooweee!

Have you seen the “Twitter in Real Life” video by College Humor?

I do this in real life, and not because of Facebook :C
I think that’s what people mean when they tell me I like to violate personal space.