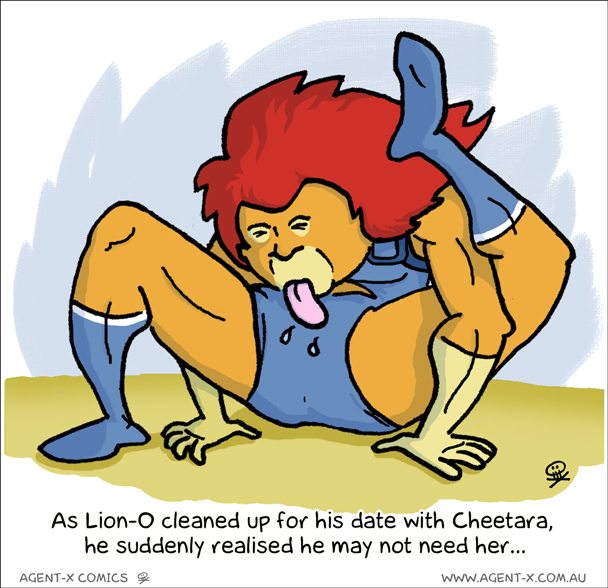 I used to love yelling that, while watching Lion-o and the rest of the Thundercats battle against the evil forces of Mumm-ra.
It was an awesomely great cartoon, and fit snugly into the “Science fiction/fantasy/ action/adventure” genre of the mid 80’s, besideother classics such as M.A.S.K, Silverhawks, Starblazers, Robotech and Transformers.

These Saturday morning classics (and others) are truly responsible in their own small way, for shaping the world we live in today.
A generation of people grew up watching them and were taught the messages they preached.

Messages such as:
– Be tolerant of others and work to accepting their differences
– Never be afraid to stand up for what you believe in and fight oppression in all it’s forms
– Don’t fear technology.  Instead, try to understand how it can improve your life.

I can see that these sentiments and beliefs have been picked up by many others of my generation.
I am very glad of that and I thank cartoons for making me, and so many others, what we are today.

For those out there keeping count, this is my 100th comic created for Agent-X comics.

It is both disturbing & fitting that the comic above is the one that gets this illustrious honour.
The  idea came to me totally out of the blue while I was doodling and sort of forced itself to become the comic  above. I also kind of like the idea that it is a little wrong, but still funny.

So, anyway, now that the 100 comics  milestone has passed, I will get back to making some more funny pictures for you all to enjoy in the future.

Thanks for visiting my site and commenting when the mood takes you. I am always happy to hear that what I do manages to make people laugh. That feedback makes what I am doing have some value to the world.

Wow. THIS is my introduction to your strip? God damn, I hope there’s less crotch-licking in the archives as I read through it!

Your comment says you want less, but I suspect you want more…..

Congrats on the milestone. Can’t wait for the next 100!

That is a move I bet all 15 year old boys tried to master.