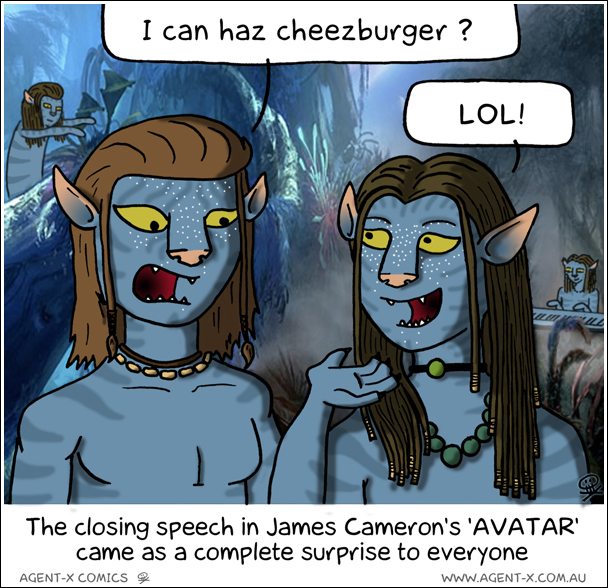 This is what the last scene of the James Cameron Movie “AVATAR” was originally going to be.

Just kidding.
There is no way that James Cameron is in touch with modern culture enough to even know what LOLCAT is.
And I would bet my life he has never visited icanhascheezburger.com

This movie opens worldwide in just 7 days (at the time of posting this), and there are already many mixed reviews about it.
Some are not giving it much of a chance, and others feel this will be the “Gone with the wind” of Sci-Fi feature films.
I believe it may end up being this generations “Dances with wolves”, but in space.
Who knows. Only time will tell.

Why?, I hear you ask. Well, there are many reasons, but the main ones are:

Anyway, there are a few reasons why I have a beef with James Cameron.
I would love to hear about why you love or hate him. Drop some feedback in below.