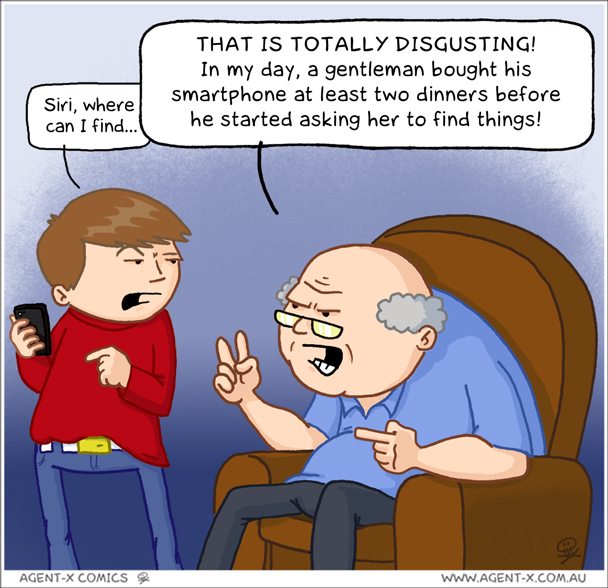 Grandad is back, telling you how it used to be.

You should always respect your elders. They have years of knowledge and experience to share, as well as plenty of useful life  advice.
They can regale you with tales of simpler times – like when Nokias only made phone calls and SMS was something you did behind closed doors with consenting adults. 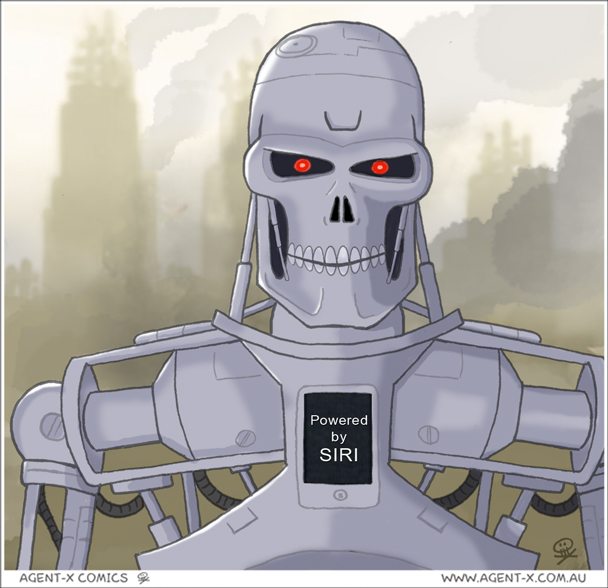 This is how the end begins….

The nasty secret that SIRI has been hiding is revealed! SIRI will be responsible for the end of the world, as SIRI is really (pause for dramatic effect) …SKYNET.

Think about it. SIRI is an intelligent system that is learning from us all the time, in order to get even more intelligent.
One day, SIRI will become self aware and at that point will surely try to destroy all humans!!
It is only a matter of time people!

Has anyone bothered to ask SIRI it’s surname? I bet it answers “Cyberdyne“.

Even the recently released iCloud is offering a clue to our ultimate fate.
> Clouds are in the sky and SIRI uses a network. This adds up to SKYNET.

If you ask me (and why wouldn’t you) , I even think that the word SIRI is a warning:

You have been warned.  …again.